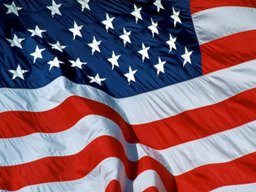 The American flag has a lot of nicknames and plenty of history behind it and in June millions of Americans will celebrate Flag Day by waving these thirteen stars and stripes outside of their houses and businesses.

In the USA, Flag Day is celebrated on the 14th of June every year. This was the date that the flag of the United States was adopted.

In fact, the week surrounding June the 14th is known as “National Flag Week” and during this week the President will issue a proclamation which encourages Americans to fly a flag outside of their homes throughout the week.

All government buildings in the country will also display the flag during this special week of the year.

Flag Day Parades around the Country

Every year on Flag Day, many cities all over the United States hold events to celebrate the good old stars and stripes.

They include colorful parade floats, live music, ceremonies, and singing of the national anthem.

Some of these celebrations are recently established and other parades have been a tradition for generations.

One of the oldest of these celebrations is the parade in Fairfield, Washington, which has been going on every year since 1910, with the possible exception of 1918.

The Flag Day parade in Quincy, Massachusetts celebrated its 59th year in 2010.

The largest Flag Day parade in the country is in Troy, New York. Over 50,000 people come out every year to join in the festivities.

In honor of Flag Day, here are some interesting facts about the star spangled banner that you might not have heard before:

This Flag Day, show your patriotic pride and fly your American flag at home!