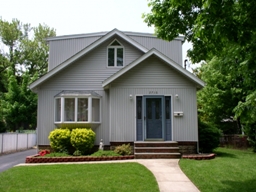 Employment is a major factor in the decision to buy a home; would-be home buyers received a vote of confidence last week as January’s job openings increased by one million to 40 million as compared to December’s reading of 39 million job openings.

February’s reading will likely reflect a lull in activity due to winter weather conditions in much of the U.S.

Weekly jobless claims fell from 324,000 to 315,000. The Bureau of Labor Statistics reported expectations of 330,000 new jobless claims, so the latest report was good news.

The average rate for a 5/1 adjustable rate mortgage was 3.09 percent, up from the previous week’s reading of 3.03 percent.

Retail sales increased for the first time in three months according to the Commerce Department.

The University of Michigan Consumer Sentiment index for mark was slightly lower at 79.9 than expectations of 80.8.

This was the lowest reading in four months, and was attributed in part to higher gas prices and consumer concerns over developments in Ukraine.

The NAHB Home Builder Index for March, Housing Starts and Building Permits for February, and Existing Home Sales are set for release.

On Wednesday, the Fed’s FOMC statement will be released and Fed Chair Janet Yellen will give a press conference. The Fed is expected to continue its ongoing tapering of quantitative easing.

Leading economic indicators will be released along with the Weekly Jobless Claims report and Freddie Mac’s Primary Mortgage Market Survey.